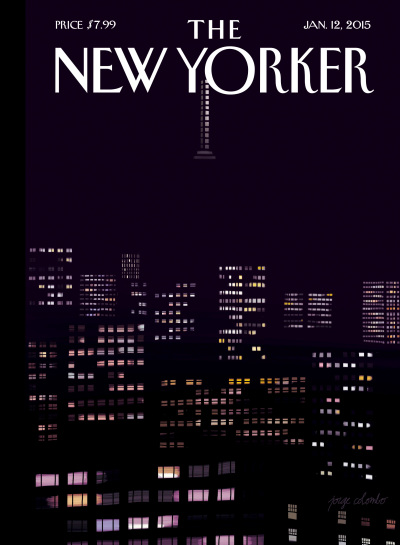 This profile is of Mikhail Khodorkovsky, formerly the richest man is Russia and an enemy of Vladimir Putin. He was sentenced to Russian prison (penal colony) in 2005 and was released in early 2014.  The assertion, I believe, is that Khodorkovsky may be the first legitimate political opponent to Vladimir Putin to be seen on the horizon, though it hasn’t played out like this since the article was written.

In reviewing this article and Ioffe’s work and having an intermediate familiarity with U.S./Russia maneuvering, I was forced to concede that I might have some unfair opinions, and work with that with the heightened sense to be objective, because it isn’t natural when facing one’s own biases. At least to admit it…

My inclination here was, before researching, that this article was fair in the sense that it is factually accurate and unbiased.  There is plenty distrustful of Khodorkovsky, and Ioffe doesn’t; shy away from this.  In fact, he is painted to be as much a thug as Putin, just on some different spectrum.

What I didn’t find fair was sentences like this:

“And when he finally was (released), in December, 2013, it was a public-relations gesture before the Sochi Olympics – when Putin still cared about the West’s opinion of him.”

“In 2011 and early 2012, while Putin was Prime Minister, pro-democracy forces in Moscow staged a series of mass demonstrations, but once he returned to the Presidency, in May 2012, he cracked down on political opposition and independent media.”

“…the urban middle class, which had dreamed of transforming Russia into a European-style democracy.”

These are sentences that are subtly painting Russian leadership and Russian people into an obvious ideological, anti-Western corner.  And, they come as a surprise to see them in the New Yorker, which is apparently famous for it’s endless rounds of fact-checking.  These are sentences that contain little unverifiable phrases. How can you measure the dreams of the urban middle class or Putin’s self-perception? Given Ioffe’s background, she fits all the criteria for working with or for the CIA as a U.S. or pro-democracy propagandist. It seems like this wording would only work with an agenda in mind.

On the other hand – and this is important – there is probably nothing inaccurate about these descriptions, and after I read more about Russia after the article, I came away both impressed with Ioffe’s body of work, and with the feeling that Putin really is an unmanageable thug.  So, the assessment for this article is that there is nothing distorted – just framed, and frankly, everything is “framed.”

Ioffe appears on WNYC to discuss the article. Click here

Mikhail Grinberg thoughtfully summarizes this article and the work of two other writers for Medium. Click here

Dan Wright of Shadowproof adds some commentary to the discussion of Khodorkovsky. Click here

A piece authored by “The Reverend” of the Akron Beacon Journal/Ohio.com blog entitled “U.S. Corporate Media Begins Push to Oust Putin” asserts  propaganda in play in this article. Click here