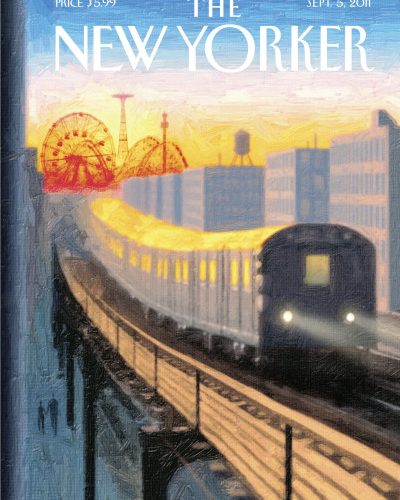 Larissa MacFarquhar – How to be Good

This is a profile of a prominent philosopher that recently passed away named Derek Parfit.  His body of work, for the layperson, was very difficult to grasp, and MacFarquhar is one of the very few outside of academic philosophy that has been able to relate it succinctly.

Her profile page at New Yorker describes her as being solely one who writes profiles for the magazine, which isn’t totally true, but she chooses to or is assigned to do them more often than writing other types of articles. She had written at least twenty profiles for the magazine before Parfit’s.  The miscellaneous nature of subject choice in the aughts seemed to be infer that they were assigned, whereas, based on the release of her book on people like Parfit three years later, and just how I imagine reporters become more independent in story selection with experience, this one with Parfit was her choice.  I know few people outside of academic philosophy that were acquainted with his work.

In an interview about the book she released, “Strangers Drowning”, she describes developing a writing style for these profiles in which an attempt is made to have the vantage point of the author.  I’ve only read a few profiles by MacFarquhar at this point, but my guess is that this article was the beginning of this process, as it seemed stripped of anything flowery and very serious and direct, much the way I imagine Parfit to be like.

The work in the article is unequivocally non-partisan and resembles genuine intellectual inquiry, and so the content is trustworthy and something I recommend.  The only thought I had, because Parfit’s second major work of his career “On What Matters” was being released at the same time, was that this article may have been purchased or suggested by the publishing company, Oxford Press, to the New Yorker.  On the other hand, I don’t even know if that happens, certainly don’t have confirmation, and it may just be pure coincidence.

Kim Davis of “at the Sign of the Pink Pig” argues that Parfit’s work wasn’t properly addressed in the article. Click here