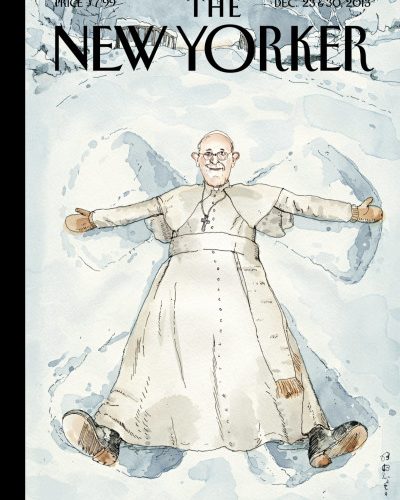 The New Yorker, because of it’s reach and lengthy articles and minor editorial propensity to be philosophical, produce stories that reach beyond the standard magazine-reading fare.  You hear about them from people you wouldn’t exactly expect. This article is one of those such articles – ones that become “famous.”

There is an academic plateau one attains when you begin considering issues concerning determinism or the lack of free will.  It evokes a tremendous new sense of curiosity.  Many, I imagine, don’t reach that place. I was lucky – I picked a readable book off the shelves of a closeout sale of a large book chain.  This article broaches it from a brand new perspective, and it’s captivating because it’s conceivable.

Pollan investigates a new (some argue resurgent) scientific field of plant-consciousness.  There are biologists and physiologists that wound up studying things in plants that led to problems with the way they described the actions that were taking place, because they appear to be more decisions and less chemical reactions.

While there are some equally provocative constituents on both side of the language argument, they really don’t seem to be too far off in agreement as to the veracity of the science.  Thus, there really isn’t much to dismiss about the article, because Pollan does describe everything well, does not really take a side, and reports in a balanced, back and forth fashion.  If you were to look at his body of work leading up to this article, you’d notice that it’s not necessarily he’s ever written about before, and New Yorker does this very well – sends reporters that notice things about the industry or field because they come in open-minded.

Finally, there is very little to suggest that any parties could make or spend money with this information.  I believe this article is very trustworthy. Just by a few days, it wasn’t the first about the topic, but it is the most popular and most cited.

Ira Flatow interviews Pollan about the article for PRI. Many comments in his one. Click here

Stewart Baker comments on the applicability of these studies, something I’m very much in agreement with, at the Volokh Conspiracy. Click here

James McWilliams, writing for Pacific Standard, is the lone major dissenter to the article, although it seems like a knee-jerk misinterpretation. Click here

Prudence Gibson, at phys.org, updates us on the studies of Monica Gagliano, one of the “renegades” featured in the article. I found her study compelling, and her study in this article is ingenious.  Click here

Steve Mount, geneticist for the University of Maryland, weighs in with a mostly neutral reading. Click here

This article, with no stated author, for the site evolutionnews.org, agrees with the science and language of the “plant neurobiologists,” but concludes that the science points towards evidence of intelligent design, not evolution. Click here